3 Stocks to Watch in the Smart Speaker Industry

Home / 3 Stocks to Watch in the Smart Speaker Industry 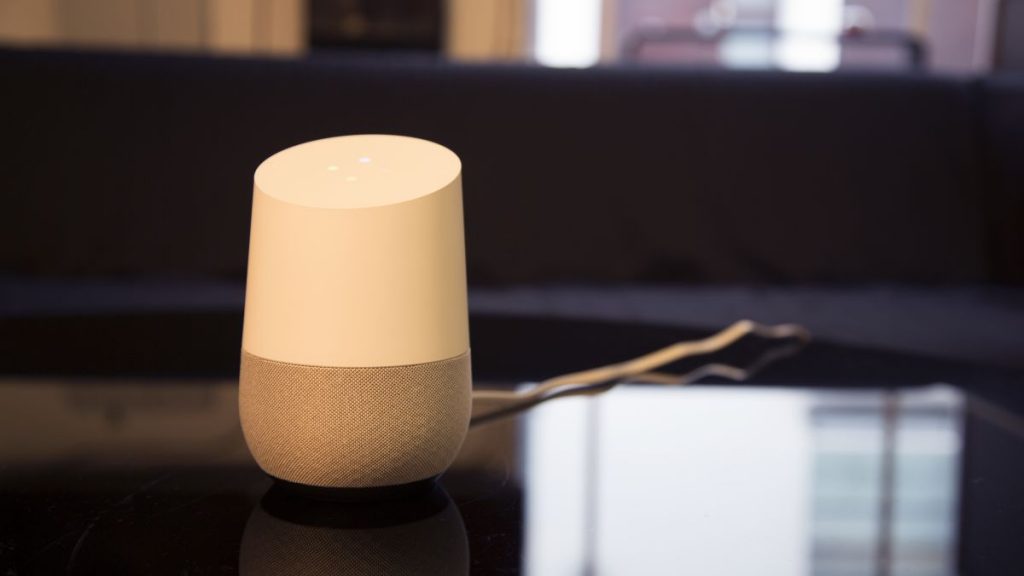 Smart speakers are a growing popularity. With their simple designs but remarkable features, investors have drawn their attention to the smart speaker industry.

Can this speaker echo in the market?

The Amazon Echo is a cylindrical speaker which can connect to your Wi-Fi. Alexa, Amazon’s smart AI voice assistant, gets activated once the device is plugged in and connected to Wi-Fi or Bluetooth. All you have to say is “Alexa,” “Amazon,” “Echo,” or “Computer, ” and you can automatically get through its settings as it knows a vast number of commands. Alexa continues to learn more of it to get a full interaction with its user.

Background noise and ambient music isn’t a problem with the Amazon Echo. It has a beam-forming seven microphone array with noise-cancelling technology. This feature can effortlessly pick your voice up and execute your desired commands seamlessly. The speaker also has a 360-degree omnidirectional audio output. It allows the speaker to produce a decently loud sound. The overall decent sound quality may not satisfy an audiophile’s standard, but it’s a speaker that everybody can enjoy.

Standing alone in the competition in the past years, the Amazon Echo immediately became the predominating smart speaker in the market. Moreover, it still stands out among other smart speakers when it comes to accuracy in recognizing voice commands. But Amazon is still working hard improve its functionality. The company has sold about 10.7 million devices to its customers since its 2014 release. But can it still stand out and compete with the emerging availability of other smart speakers? It’s something every music lover can find out.

That’s all you need to say, and Google Assistant activates when connected to your Wi-Fi. This simply beautiful smart speaker blends well with your home. Once activated, you can get full control of its audio and media settings. A fantastic feature of the Google Home is its ability to synchronize with several Google accounts to get a more personalized management of the speaker in your household.

Enjoy decent audio quality with the Home. The speaker produces decent lows and mids but can become muddy at a higher volume. But don’t fret! Get the audio quality of your preference as this speaker is capable of connecting via Bluetooth, Chromecast or an aux cable.

The Google Home still needs improvement with its functionality. But the company has promised new features which will make the Google Home more useful for the household. Nevertheless, it’s capability to sync with multiple Google accounts, and connecting options already prove to be one of the most useful smart home speakers. Moreover, it’s catching up with the Amazon Echo as it has grabbed about 24% of the smart speaker market this year.

The Apple HomePod is still awaiting its release on the end month of the year. But Apple fanatics and audiophiles have already set their odds on this smart speaker.

The Apple HomePod has an impressive array of audio technology for an optimal music listening. Apple puts its audio quality first which makes their smart speaker preferable by most users. This speaker has six beam-forming tweeters which are complemented with six built-in microphones to detect its location in a room. The audio automatically adjusts to give a balanced, stereo sound quality. It means that this small speaker’s sound will smartly fill every corner of your room.

Apple’s signature voice assistant, Siri, automatically activates when connected to your Wi-Fi. Simply say “Hey Siri,” and you can get a full control with its media and audio settings. Play music, read the news and set reminders like a boss with the Apple HomePod.

Apple is always concerned with protection and privacy. This upcoming speaker will guarantee its users a system that’s more secure and private than any other smart speaker. It’ll only connect to the HomeKit app from Apple and allows you to have an anonymous ID and encryption for your privacy. The exclusive usage of the HomeKit app may offer a better data protection especially that it’s going to be used in your home.

According to eMarketer, over 70% of the smart speaker sector is controlled by Amazon. But Google is catching up with the competition. Since the Google Home’s release last November 2016, it has already reached about 24% of the market. This percentage puts Google Home on second place in the smart speaker industry.

The emerging and phenomenal rise of the smart home speaker sales is expected to increase dramatically by the end of the year. It’s achieving 36 million clients who purchased smart speakers in the U.S. alone. There’s also an expansion of 129% year over year on its sales.

Global Market Insights also foresees that by 2024, the increase in the smart speaker market will hit $13 billion with sales of over 100 million units.